Wooden-bodied shooting brakes, station wagons and estate cars, collectively known as Woodies, were the original SUVs (sports utility vehicles). While they were initially created for a specific purpose, their versatility, adaptability and load-carrying abilities meant that they quickly found favour with British buyers from all walks of life. In their heyday, they were built on virtually every make of car and light commercial chassis, and could be seen on every road in Britain. Sadly, today they are a rarity due mostly to the fact that their wooden bodies were not built to last – and most didn’t! Thousands were built by hundreds of coachbuilders, both large and small, and with the passage of time it may never be possible to record all of their details with any accuracy. The work of hundreds of small coachbuilder firms is highlighted here, and illustrated with 100 rare and previously unpublished photos. The British Woodie is undoubtedly a thing of beauty, and this book is a tribute to the skills of the coachbuilders that built these amazing wooden wonders.

In the 1920s, 30s and 40s, wooden-bodied shooting brakes, estate cars and station wagons were commercial vehicles made in Britain, mostly for utilitarian roles. They were built in relatively small numbers, often by small, lesser-known commercial bodybuilding firms, and required high levels of maintenance to ensure anything resembling a long life. Every chassis from Alvis, Austin and Bentley to Standard, Vauxhall and Wolseley was built as a Woodie at some stage, and they reached the peak of their popularity in the immediate postwar years when steel was in short supply and the majority of new cars were being built for export. Some vehicle manufacturers sold wooden-bodied utilities under their own name, but most were built in small workshops under contract to vehicle dealerships or selling direct to the general public. However, labour intensive constriction, high maintenance requirements and the introduction of the unitary chassis by Britain’s car makers all contributed to the eventual demise of the British Woodie. Today, there’s a resurgent interest in British Woodies across the world, with an increasing number of cars being restored and cherished. 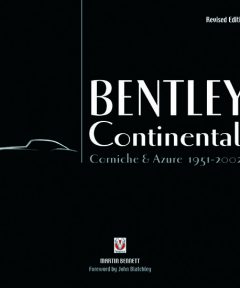