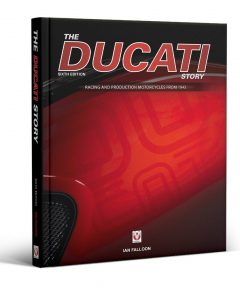 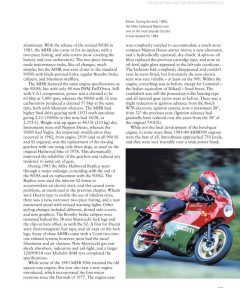 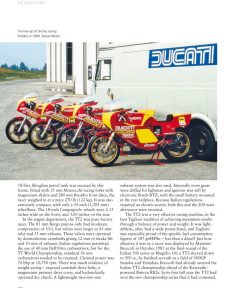 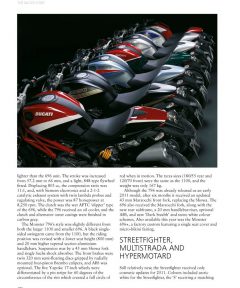 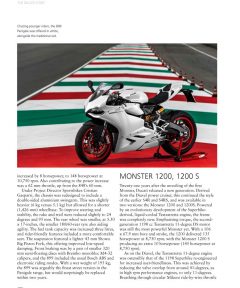 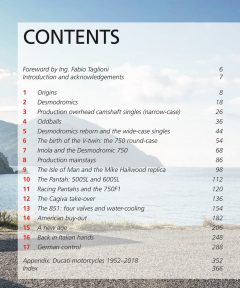 The Ducati Story – 6th Edition : Racing and production motorcycles from 1945

Ian Falloon’s authoritative history of the marque – expanded and brought up to date for this 6th edition – tells the inside story of Ducati’s chequered path to glory, and describes every model, from the original 48cc Cucciolo to today’s exotic Superbikes.

The Ducati Story – 6th Edition: Racing and production motorcycles from 1945 is ranked one of the 94 Best Motorcycle Books of All Time by BookAuthority.

Ian Falloon’s authoritative history of the marque – expanded and brought up to date for this 6th edition – tells the inside story of Ducati’s chequered path to glory, and describes every model, from the original 48cc Cucciolo to today’s exotic Superbikes.

The Ducati Story is brought right up to date in this new edition of Ian Falloon’s authoritative book, covering the complete history of the marque. Initially under government control, Ducati went through several decades of ups and downs, characterised by dubious managerial decisions. Held together by the great engineer Fabio Taglioni, the father of desmodromic valve gear, Ducati produced some of the finest motorcycles of the 1950s, 1960s and 1970s: the Marianna, desmo 125 single, Mach 1, 750 and Pantah.

Taglioni also instigated Ducati’s return to racing, and victory in the 1972 Imola 200 was the turning point. Mike Hailwood rode the 900 Ducati to victory in the 1978 Isle of Man Formula One race and Tony Rutter took four World TT2 Championships.

Cagiva purchased Ducati in 1985, bringing a new engineer, Massimo Bordi, and new designs – most famously the Desmoquattro. In various guises this model dominated the World Superbike Championship during the 1990s, particularly in the hands of Carl Fogarty. Landmark models included the 916 and Monster, and, with the sale of Ducati to the Texas Pacific Group in 1996, the company continued to grow.

The racing programme expanded to MotoGP and new model families were introduced. With control taken by the Italian company InvestIndustrial in 2006, Ducati embarked on the next era of development, Casey Stoner winning the MotoGP World Championship in 2007. Now under the Audi umbrella Ducati continues to thrive.

This new edition includes a brand new chapter featuring all the models from 2012 up to 2018.

Ian Falloon is one of the world’s foremost motorcycle historians, with numerous books including The Ducati 750 Bible, Ducati 900 Bible and The Moto Guzzi Story. He has forty years of experience with Ducati, and a collection of motorcycles that includes the 1973 Ducati 750 that he bought in 1976.

Models Covered:
All models of Ducati since 1946. This is an update of the Ducati Story first published in 1996 and continues from 2012 where the 5th Edition finished.