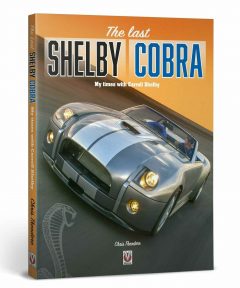 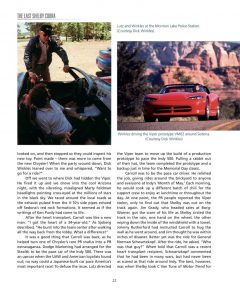 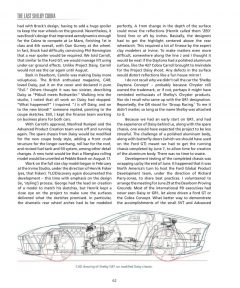 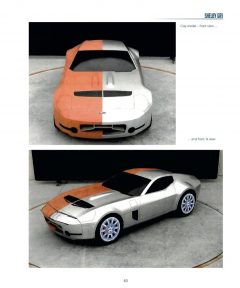 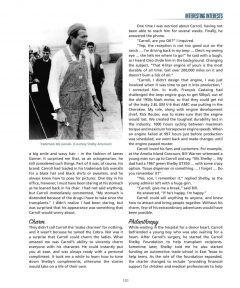 The Last Shelby Cobra: My times with Carroll Shelby

Carroll Shelby, legendary driving ace, race team owner, and designer of Shelby Cobra, Daytona, and Mustang GT350 classics is revered by automotive enthusiasts, yet little has been written about the last quarter century of Carroll Shelby’s life. During that time Chris Theodore, VP at Chrysler and Ford, developed a close personal friendship with Carroll.

The Last Shelby Cobra chronicles the development of the many vehicles they worked on together (Viper, Ford GT, Shelby Cobra Concept, Shelby GR1, Shelby GT500 and others). It is an insider’s story about how Shelby came back to the Ford family, and the intrigue behind the five-year journey to get a Shelby badge on a Ford Production Vehicle. The author provides fresh insight and new stories into Shelby’s larger-than-life personality, energy, interests and the many unpublished projects Carroll was involved with, up to his passing.

Finally, the book describes their unfinished project, the Super Snake II Cobra, and the serendipitous circumstances that allowed to the author to acquire Daisy, the last Shelby Cobra. To his many fans, Carroll Shelby was truly “the most interesting man in the world.”

Industry Reviews
This is a well-researched labour of love on a niche subject, bolstered by a good selection of period and modern photographs. – Auto Express. The iconic character of Carroll Shelby (1923-2012) and the famous cars e was at the cradle of are the subject of this book written by a real insider. Author Chris Theodore worked with Shelby during his career it Ford and Chrysler, which is an ideal staring point to be able to know more about the person Shelby and the Ford GT, Shelby Cobra Concept, Shelby Mustang GT500 and so much more. A fantastic book! – Autoliefhebbers.be. Or more accurately, what Carroll did next – a history of Shelby that picks up where most leave off, with the Chrysler projects and the return to Ford. – Classic Cars.