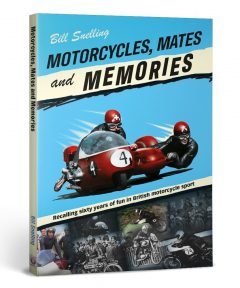 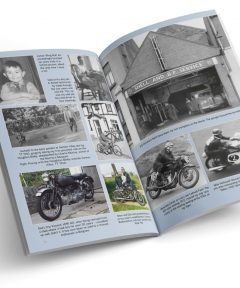 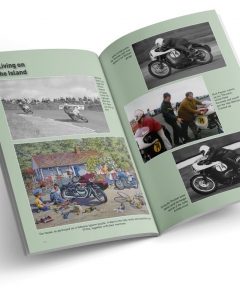 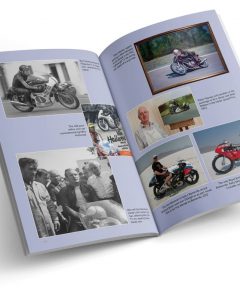 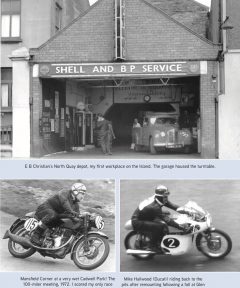 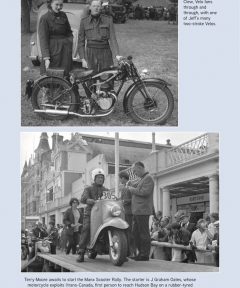 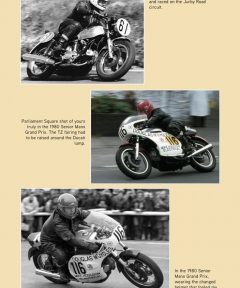 Motorcycling social history, as seen from the saddle. Motorcycles, Mates and Memories is Bill Snelling’s entertaining autobiography, recounting a lifetime spent at the heart of British motorcycle sport, and living on the Isle of Man.

In this motorcycle-themed autobiography, Bill reflects on his lifetime passion for two-wheeling, recalling the decades of motorcycling mayhem, mud, and madness, that have characterised his 70-odd years ‘living the dream,’ from his early days, at Arthur Lavington’s Velo shop, to pounding long distance trials, and the many race circuits he’s ridden.

Bill admits that he was a better off-road than on tarmac, but he did win one race, at Cadwell Park, in 1972!

Having previously worked in motorcycle shops, as an advertising exec at Motorcycle Sport magazine, and as a despatch rider in London, in 1975 he made a visit to the Isle of Man to watch the TT – and has remained there ever since.

For over a decade, Bill has also been amassing a huge historical photographic archive, now comprising over a 250,000 images, covering the TT, Manx Grand Prix, Southern 100 and Andreas Racing, from their inception to date. The collection also includes photos from the Ulster Grand Prix, and selected UK short-circuit meetings held between 1950 and 1955.