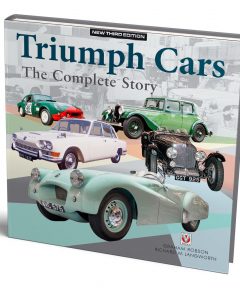 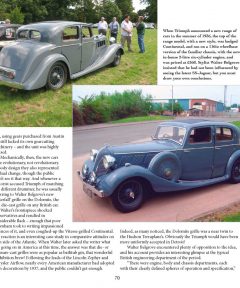 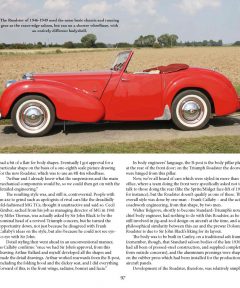 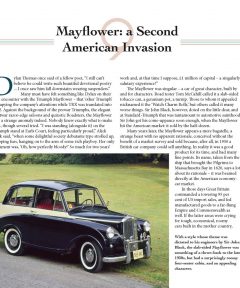 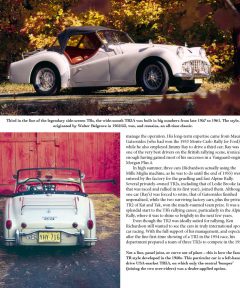 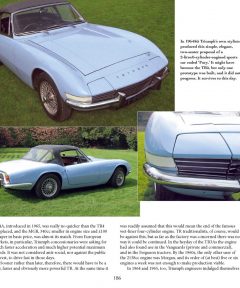 The distinguished 130-year history of the Triumph company from original pedal cycles, to the first Triumph cars, and then every model up to the end of production. The authors reveal the in-house politics of the company, its design and engineering achievements, competition activities, and its international sales and marketing success.

Relating the story of Triumph cars is complex enough, but to include all the earlier events which persuaded Siegfried Bettman to begin car manufacture in 1923 is even more so.

The two authors, however – both of them experts in all things Triumph, the cars, and the political events surrounding them – have assembled and presented an enthralling story of the way the car-making side of the business came to prosper, was then afflicted by financial problems, and then rescued from oblivion by Standard in 1944.

Thereafter, Triumph once again became a prominent marque, eventually dominated Standard, and (from the 1960s onwards) became an important cast member in the melodramatic events which involved Leyland, BMC and eventually British Leyland.

This, however, is not merely a turbulent trawl through the historical record, for both authors were also successful in locating the important characters whose efforts made it possible for Triumph to excite the world. Along the way, the career of cars as famous as the Glorias and Dolomites of the 1930s, the Heralds, Spitfires and TRs of the post-war years, and the headline-grabbing exploits in racing and rallying build up a story which no fictional writer could have created.